New blog from Mattias. Mostly about the german-tour ;)
read it after the cut ("læs mere") or on dunesite.com 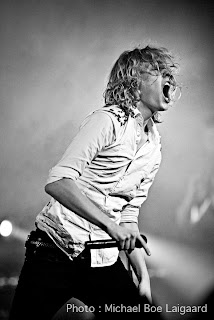 The German Winter Tour 2011 was amazing! We got to perform in front of a sold out venue every night and with such an awesome crowd in those venues.

Hamburg: We where nervous. Our first German gig without Cecilie. We had new arrangements and new expectations. But once again Hamburg gave us an overwhelming response. I can't thank you guys enough for always being such a fucking great audience.

Köln: Back in Luxor; we have had a lot of great gigs in Köln. 3 or 4 times in the MTC an now two times in Luxor. We love the Kölsch beer and we love cool people dancing to our tracks.

München: I must confess that we had been drinking to much beer on a local brewery (Augustiner Bräustuben) before the gig, but we came through the night and made everybody dance in the small room of 59:1.

Berlin: Nice to be back home. For the first time in the legendary Lido. There's a magic to that place. We had a magic night. Everything just suddenly seemed to make sense. We had the best Berliner audience known to man and a hell of a after party.

Which songs on the set list did you like the most?
Now we've been back in Berlin with new jams, new tracks, new tunes, new songs, new recordings, new hits, new bangers, new melodies, new compositions, new numbers, new chants, new ballads, new tempos, new pieces, new lines, New Order, new hardware, new software, new firmware, new menswear we got them all.... and we like it.
All the best
Indsendt af H kl. 10.06