New blog from Danny at dunesite.com! You can also read it after the cut :) 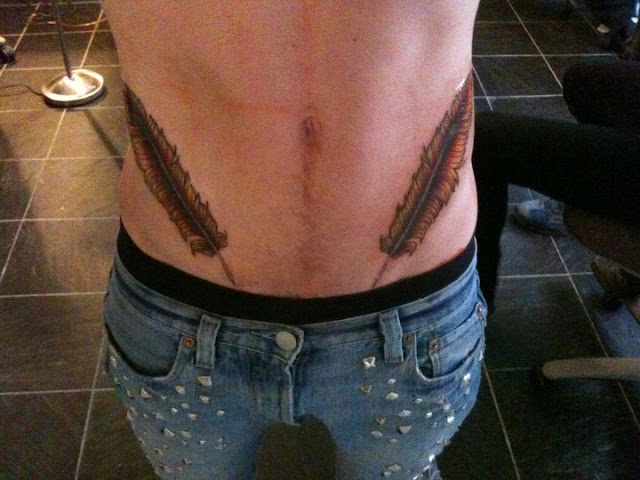 Dannys new tatoo! What do you think about it?

As the headline indicates, we have a few things going on, but I wanna tell you guys about some of the things that are extra special to me:

The last 2 days, we have been in Copenhagen, we have been spending time with a couple of great friends of ours, a photographer and a tattoo artist.

We got some ink done and took some great photos, we can't wait to show you guys!
One thing i can promise you, is that you will see some new ink on stage at the next shows.
Today, we are back in Berlin, after playing a great show at Middelfahrt. Starting tomorrow, work will begin on new songs in the rehearsing room.
This will be the first time, we will really have time to play and work on the new songs, and I really can't wait.
This is such an important step and a very exciting one. Working on the new songs for the third album, which makes me extremely happy!
Best of all, in just a couple of weeks, we will record some songs for real - songs that could actually end up on the album.
I am pretty sure that a song called "All That I Have" will make it on the album.
I love that song, and you guys have the chance to hear it before anyone else at one of our live shows this summer.

Maybe some of you guys have already seen and heard it these last couple of weeks.

Also, I got a cape for playing live!
You know, a cape like Batman or Darth Vader!?
It's really fun and it looks absolutely awesome.. maybe we should add that to our merchandise!? :D

Anyway, these were my headlines.
Enjoy the summer and come join our party at the festivals!!!
Indsendt af H kl. 12.28