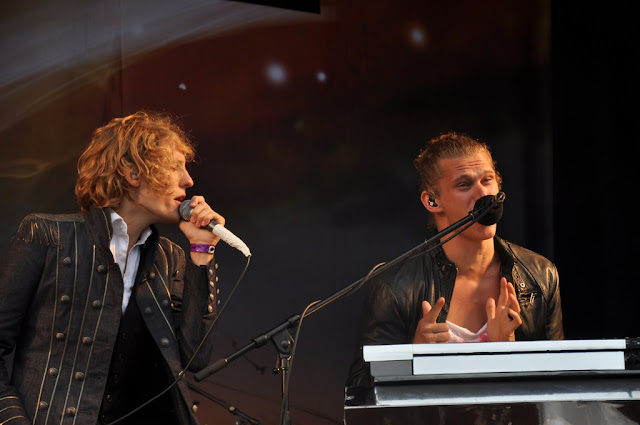 As we were rollin' round the Kingdom of Denmark on the Grøn Koncert Tour, terrible news reached us. A bomb had exploded in Oslo and a man disguised in a police uniform had massacred a lot of kids and young people on the island of Utøya.

The terror of this action can not be described with words. Therefore, I won't.

Being quarter Norwegian myself, I simply would like to ask you to take a moment and think of the victims families….

I hope this tragic event will somehow lead to more peace and understanding in the world and that one day the voice of the people will rise and put an end to all extremist actions around the world.
Have a nice day
Matt