This time you can meet 18 years old Nanna from Ringsted in Denmark.

Among other thinks you can read her many thoughts about Cille, Malte & Simon leaving the band and why Mattias is her favourite bandember.

Read more after the cut :) 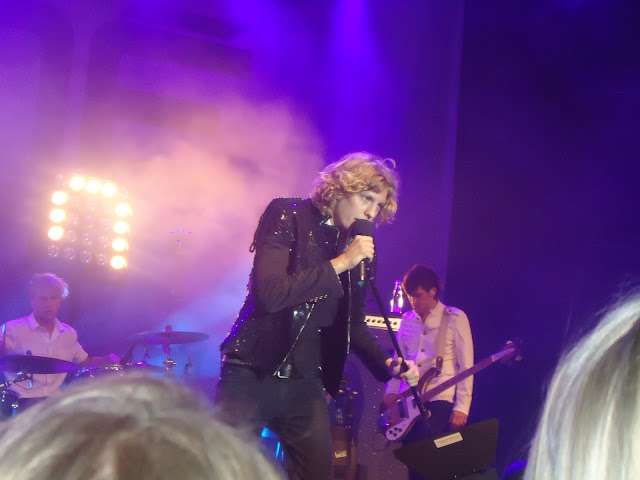 Thank you so much to Nanna :)
And if you want to be the next, you can read more here: dunerocks.blogspot.com/dune-fan


1.When and how did you discover Dúné?
Once in 2008 my brother forced me to sit and listen to Dry lips.  I was not exactly enthusiastic, but then I heard it again in 2010 when they played at my gymnasium and then I was sold :)

2. Which song was the first you heard?
Dry lips.

3. How many Dúné concerts (maybe festivals?) have you been to? (Where and which year?)
Unfortunately, I have only been to 2 concerts, both at my gymnasium (RoskileKatedralskole.) The first time in 2010 and again in 2011 after we won a competition where they were the prize.And then I have been to Grøn koncert (Green Concert) in Valby last year.

4. Do you have Dúné merchandise? (What kind)
I have a couple of t-shirts.

5. Do you have a favourite member? (give a reason)
It is perhaps a bit cliché, that you always say the leadsinger is your favorite, but Mattias is just something special. He touches something inside me with his voice and his amazing presence when he is on stage. His energy and charisma are incredible. I've never seen anyone have the same profit on a stage as him. He fits perfectly on a scene! And he is hot... hahah ;)

6. Favourite song, album and musicvideo? (give a reason)(you can also make a top 3 or something)
If I have to pick my favorite song (which is almost impossible) then it should be Revelation. I can not really come up with any proper explanation beyond that it's just absolutely amazing.
8. How big a fan are you? (explain)
I admit that I'm not the biggest fan. I do not attend to all their concerts, don't have all their EP's, do not read every Twitter comment and I have not openly declared my love for them.  I think the music is enough, so I have no need to stalk them and dedicate my life to them.
They have had a major influence on my way to grow up and I appreciate that I've been so lucky that I have found them. They will never have a big place in my heart.
9. What do you think about Cille, Malte and Simon leaving the band? Are Dúné still as good, do they miss something now or what are your thoughts about it?
At first I didn't knew why Cecilie stopped. I had the impression, that she would never stop after seeing Stages, where she preached about how important Dúné was for her and how much she was willing to sacrifice. But she'd probably need to move on and experience something new, so I prefer that she said goodbye, instead of bringing a bad mood to the band.
When Malte stopped, I was actually a little sad, because I've always liked him. He seemed like a quiet, friendly and nice guy that brought a bit stability to the band. He was an amazing drummer and I really think that Dúné lost an important part of the band.
A few months ago Simon stopped as well and it was not really a surprise for me. I think most fans had seen it coming, but it was still sad.
But on the other side, we end up with a band there is 100% dedicated and that is also great. Their style will probably change, but they also got older. There was a big difference between We are in there You are out here and Enter Metropolis, so of course the next album will be different too.  I would also prefer to have an album where you can see that there has been an evolution, rather than an album that sounds exactly like the previous one.
10. Why are you a Dúné fan?
I just can't help it.

11. Are there any other bands you can recommend to us Dúné fans?
I have a wide musical taste. All from Magtens Korridorer to Nik og Jay. But the band there inspires me right now is the Irish band The Script. It's a lot more quiet music compared to Dúné, but their songs have as much content. They can manage to describe a feeling in a fantastic creative way. Them, I would definitely recommend.